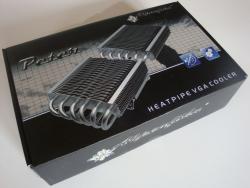 We got two sets of fans to test with the Peter VGA. Alpenföhns Wing boost series bundle silence with decent air flow. We were allowed to test the 120 and 140mm versions. 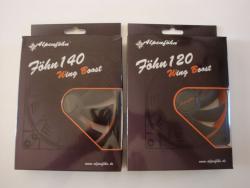 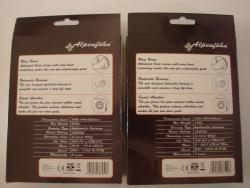 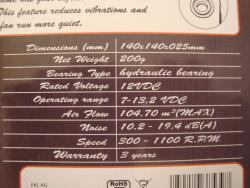 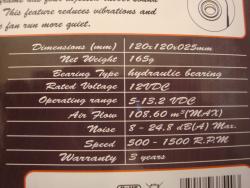 No need to explain why they refer to it as Orange edition. The normal Wing Boost houses a blue fan. Honestly these look far more classy. 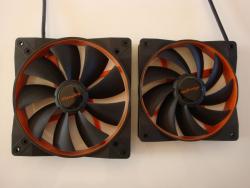 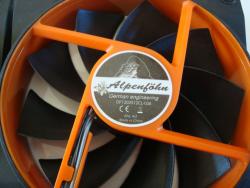 Alpenföhns Wing Boost technology is based on the optimised tip design of the fans. Reducing wind turbulence, thus enhancing silence operations. Secondly the the holes are being rubber dampenend for less vibrations, baptised Soft Frame technology by our german friends. The Hydraulic Bearing design minimises friction and also contributes to low noise generation. 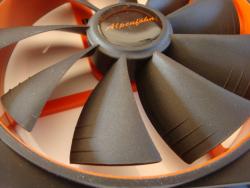 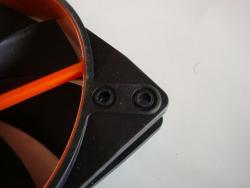 The 140mm version has got 2 mounting points, one similar to the 120mm version. This to make installing easier if no holes are predrilled for 140mm fans. 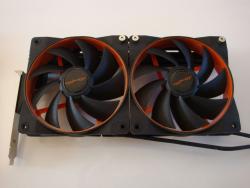 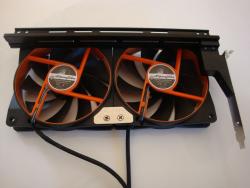 Some shots of the 120mm version ready to be used. With the 120mm fans I had no issues , but with the 140mm fans it needed some refitting to get them mounted right. the fans are only mounted on one side to the bracket. A small alu plate, with engraved logo, hooks up the adjacent fans, this to reinforce the mount. 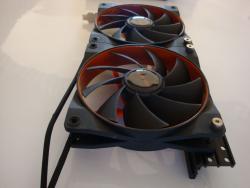 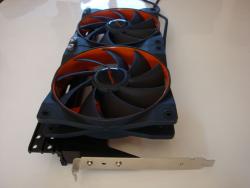