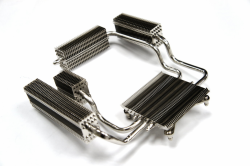 Designed for the XBOX 360 GPU, to provide better cooling and heat dissipation, reduces the chances of break down and prolong the XBOX 360 life.

Some temp tests and the final verdict

How can we stress test a X360? Well let's use no fans at all and see how hot the GPU cooler will be and how fast the system will shut down. Using one of the first X360 and and a newer one with HDMI (and new designed heatsink) and of course a unit equipped with the Thermalright TR-X360 cooler. 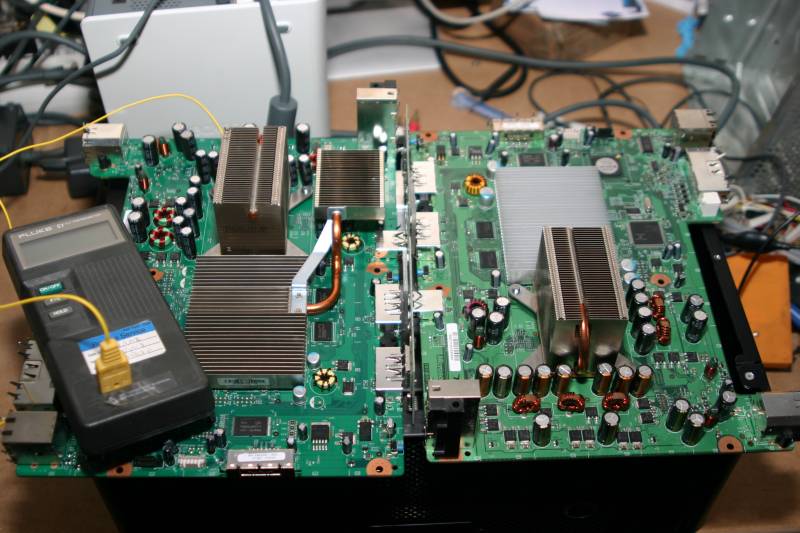 As we can't measure on the die directly I will use my Fluke 51 and place the sensor in the middle of the heatsink on al 3. Nothing attached No fans at all. How long (in minutes) before shutdown?

Measuring the heatsink on the same place from te start until it stopped working. And every minute a temp read out. 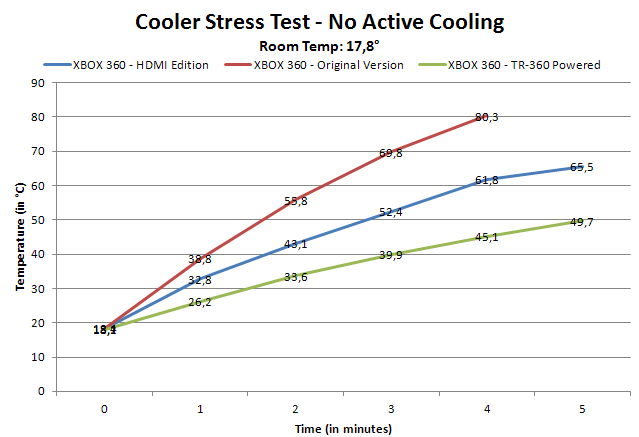 The first generation XBOX 360 with stock cooling didn't last long as you can see the temperature spike to 80° in 4 minutes and the machine stopped responding. Unfortunately this also proved fatal for this console as it no longer worked after this test. When not killing PC hardware, [M] keeps the flag high by killing consoles during stress tests!

The newer XBOX 360 (HDMI version) fared better, you can see the temperature rise more slowly and the shutdown temperature is also lower than the original, at 65°C the system stopped responding. Luckily it worked afterwards, so that's good news for our in-house gaming fans.

Last but not least we have the result of the XBOX 360 equipped with the TR-360, you can immediately see the temperature difference with the stock XBOX 360 models, as time goes by the TR-360 really proves its superiority, after 5 minutes, when the other two systems failed, the TR-360 kept the XBOX 360 running, and the temperature never passed 50°C, even after 10 minutes as mentioned earlier!

This is one good product for keeping your X360 better cooled, and probaly fix your RROD error. Like we are used from Thermalright they make high quality products. However the trouble of opening the Xbox console and the lost of warranty will surely be the reason this will not be a big seller. I did found one reseller with this product on stock in the Netherlands for € 50,00. 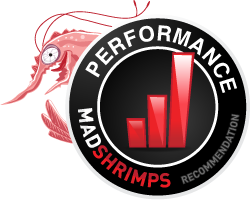 I'd like to thank Chris from Thermalright and my kids for letting me stress test their XBOX 360's. I lost mine in this review, for the sake of science, so please keep in mind the X360 needs good and proper cooling!