We put the latest Asus video card to the test, based on the Geforce GTS 450 GPU from NVIDIA this DirectCU edition comes with a nice GPU overclock and dual slot custom cooling.

The Geforce GTS 450 is NVIDIA's new mainstream GPU with DirectX 11 and PhysX support, with a GPU clock of 783Mhz its performance was quite underwhelming at launch. Today however we take a closer look at a factory overclocked unit from Asus, equipped with custom heatpipe cooler and a healthy 142Mhz GPU overclocked, that's supposed to be a bit faster than the stock model, enough to make the GTS 450 a video card to consider? Let us find out. 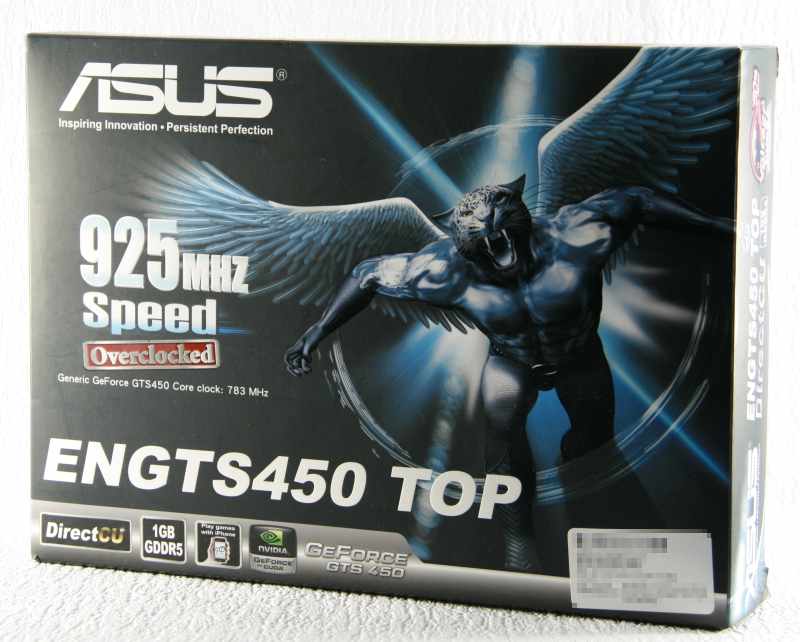 Right from the get go you know what you're dealing with, Asus puts in very big font that this card is factory overclocked to 925Mhz, and I love the fact that they put the generic Geforce GTS 450 core clock beneath it, how many people who buy their hardware from a store shelve know these defaults by heart?

So how does it compare to its precedessors? If we look at the Geforce 300 lineup we see that's a completely different beast, so another level down to Geforce GTS 250, which in turn is nothing a rebadge Geforce 9800 GTX+, and that one is a die-shrunk and overclocked Geforce 8800 GTX, which was released back in November 2006, so almost 4 years later we have a new technology and the opportunity to find out how a €120 midrange entry level model stacks up to these previous high-end models.