Now that everybody has arrived and settled in, the event is officially open since this morning. The welcome was presented by Cristina Garmendia, Minister of Science and Innovation. The case mods are installed, the dewars filled, ... Let´s roll.

So far there is quite some broken hardware, but not really world shocking things have happened. Remember the tube a page ago, not that much later it had to change system. And what the best way to de-freeze it: a paint burn gun. 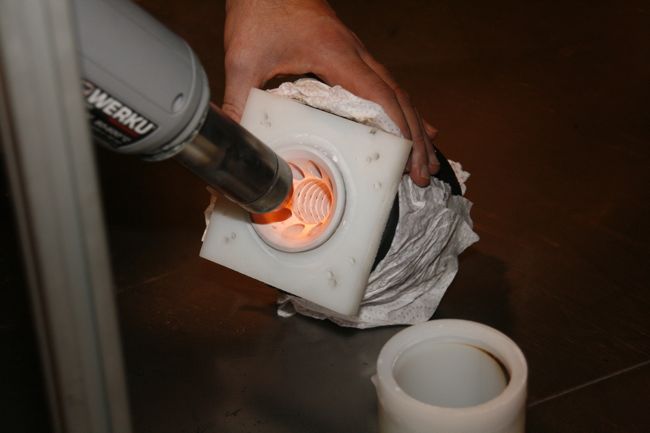 The Belgian Team, Massman and Pt1t in action. 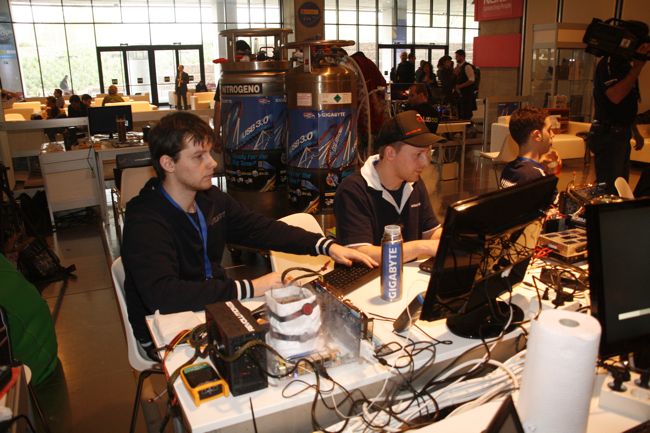 The crisis has struck hard in Belgium, in stead of the paint strip gun, a travel hairdryer is used here. 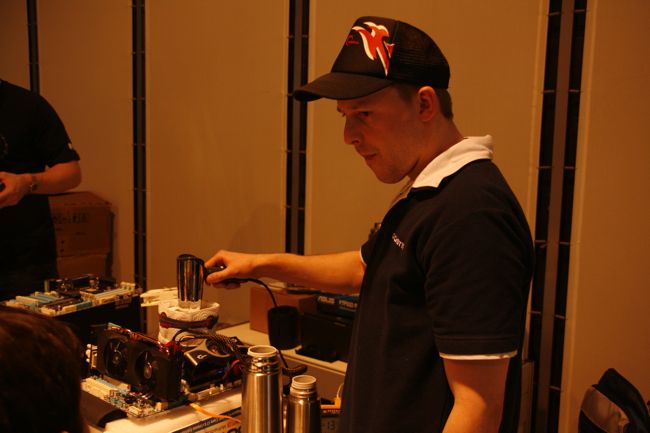 To start all over again. 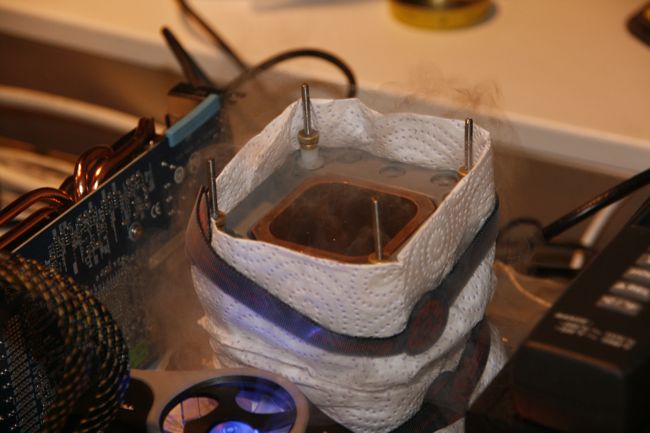 An overview of one of the two bench desks. 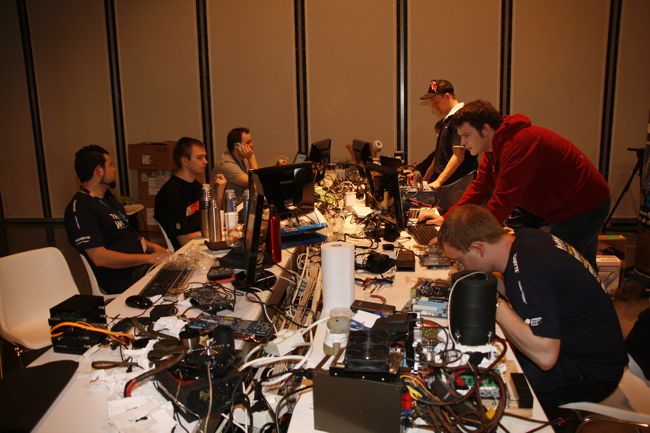 Like already mentioned, no world records were shattered, but I do have to mention some Hungarian achievements. About the little thing that could, an LN 2 cooled Gigabyte ITX board with an Atom D510 overclocked to 2105 Mhz. Being limited to the hardware, some records were broken.